Australian Visa Changes from 1st July 2019 – What you Must Need to Know! 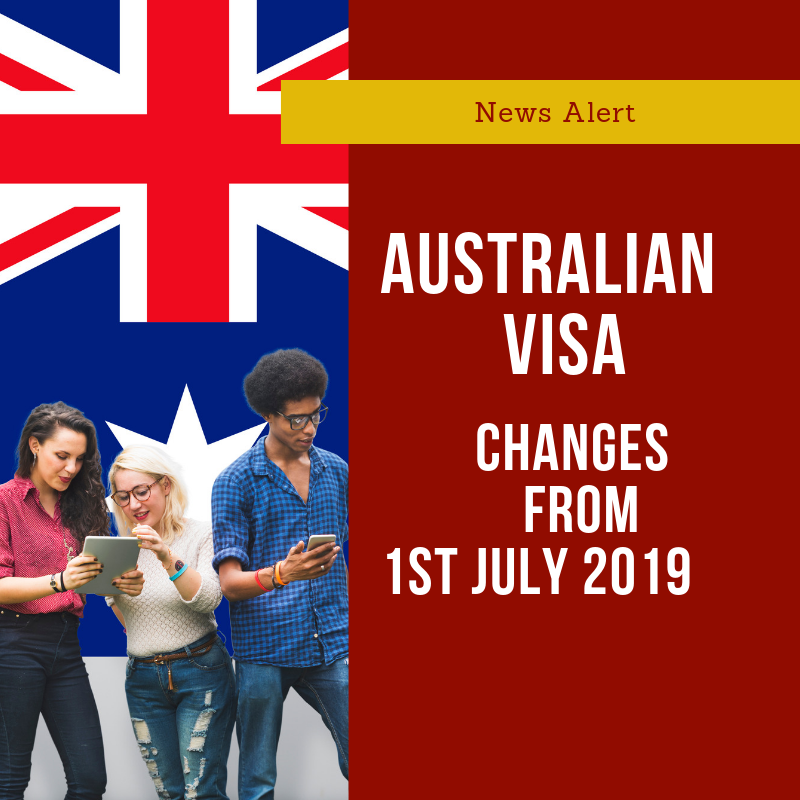 Australian Government announcing some of the most significant changes in the Australia immigration system in recent years, which are going to take effect this year, raising the permanent intake for the first time in nearly a decade.

Australian Federal Government announced that it will cut back Australia’s annual permanent immigration intake to 160,000 which was 190,000 since 2011. This impact will be fascinated by Skilled Independent 189 visas that allowed people to live and work in Australia.  The annual quota of this visa subclass has been decreased from over 43,000 to nearly 18,000.

The Australian government reported an increase in the number of visa places for Australia provincial with reserved  23,000 skilled visas. This is for those who keen to live and work in the regions.

The two new temporary provincial visas to be introduced in November 2019. Also, 494 Skilled Employer Sponsored Visa and 491 Skilled Work Regional Visa will have 9,000 and 14,000 spaces respectively within the yearly immigration limit of 160,000.

Visa holders of these subclasses will be required to spend at least 3 years in regional areas, instead of two years to eligible to apply for PR. A new regional permanent visa subclass 191 will be introduced in 2022.

International students will be able to access an additional year of post-study visa only if they study in an institute, outside of Sydney Melbourne, Perth, and southeast Queensland.

Visa applicants sponsored or nominated for these provincial visas will have the advantage of five additional points. The government announced an additional 10 points for candidates with a skilled spouse and without a spouse also.